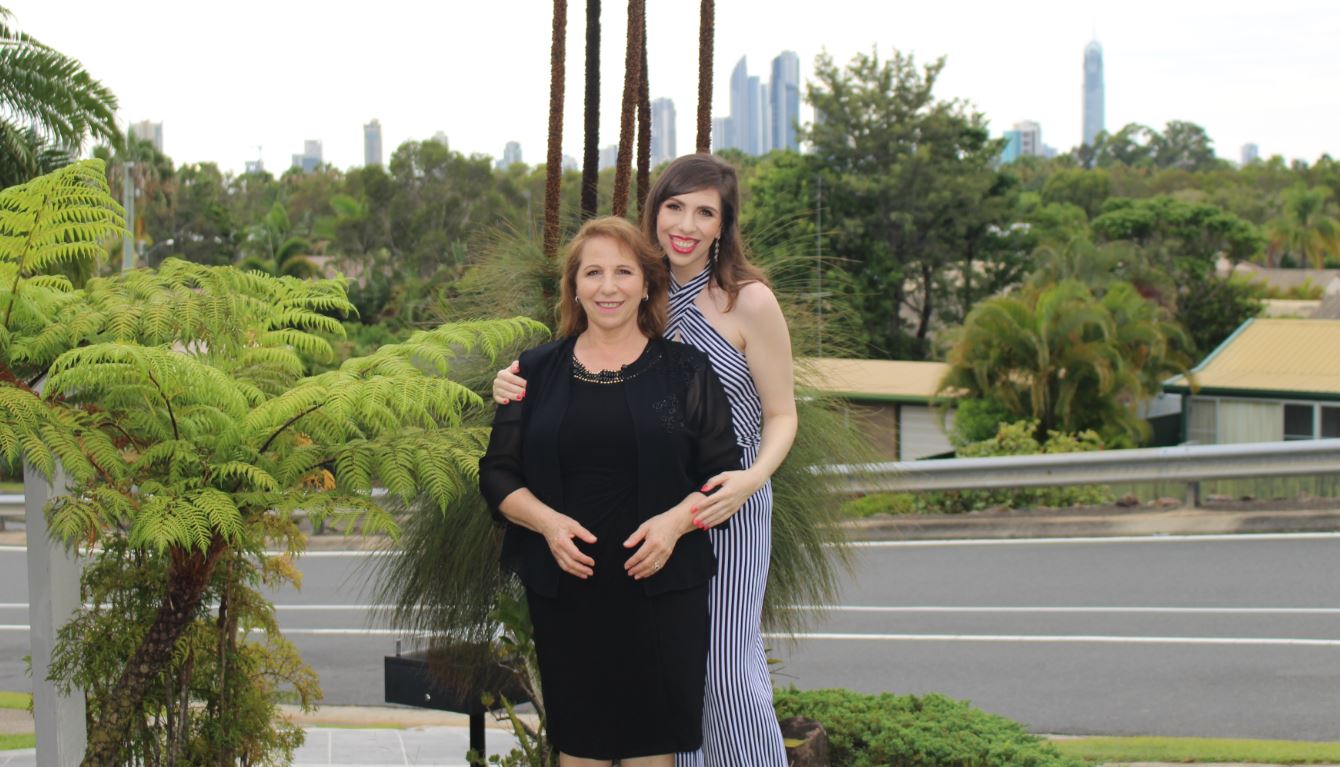 In 2014, Access’ Settlement & Clinical Services Manager Samantha Chalmers accompanied her mother Chadia to Lebanon. It was the first time Chadia returned to her homeland after fleeing it more than 30 years before.

Chadia was 17 years old when the war in Lebanon broke out. Like the millions of other displaced citizens escaping armed conflict around the world, the possibility that her country would descend into violence and conflict, or that she would become a refugee, never entered her mind. “It was awful, and completely unexpected,” Chadia said.

No one was left unscathed by the unrest that followed. Not her mother, who was riddled with shrapnel following a bombing, nor her sister, who was shot by a sniper. With the war tearing her country apart, Chadia fled to the United States with the little money she had managed to hold onto in the five years she had spent on the run.

Her journey would eventually lead her to Brisbane in 1986, where two months later she would meet her future husband, a man whose life had also been irrevocably changed by oppression and bloodshed in the land of his birth; who now called Australia home. In December 1989 they welcomed their first born into the world, Samantha. Samantha grew up enormously inspired by her mother, who despite witnessing and living through unspeakable suffering, anguish, torture and death, had somehow managed to hold onto her humanity and hope for a better tomorrow. “She’s an absolute inspiration,” Samantha said. “She’s been through so much but her heart is for people.”

Growing up, the Chalmers’ home would welcome a steady stream of new migrants and arrivals to the city. “Mum was always inviting people to dinner, to spend Christmas and Easter with us, because she knew what it’s like to be lonely, and to feel lost in a new country,” Samantha said. Her childhood was also filled with stories of her mother’s courageous fight for survival, and the war that she had lived through for five years. “When you’re a child growing up, it’s just stories to you,” Samantha said. “But it all hit home so deeply, when I went there with my mother and saw the bullet-holes still carved into walls, the way trauma of violence and persecution is carved into the minds of the displaced and dispossessed.”

After graduating from university, Samantha worked at Access. In 2013 she decided to return to university to pursue a degree in clinical psychology, but after visiting her mother’s homeland, she knew that her true passion lay with helping refugees and migrants rebuild their lives after enduring the trauma and agony of being displaced from their homes.

“It gave me a new perspective of what clients have been through and re-ignited my passion to play a part in their journey of healing and resettlement,” Samantha said. “Both my parents had lived through war, and above all else wanted to give their children a better life. This is true for the families who abandon their homelands in search of a better life, and this is what fuels me to make a difference in people’s lives. No one wins in war.”

We are delighted to have Samantha and Chadia as part of the Access family and Samantha is extremely proud of her mother’s incredible story of resilience, faith and survival, which just quietly, is currently being adapted into a novel. Watch this space!