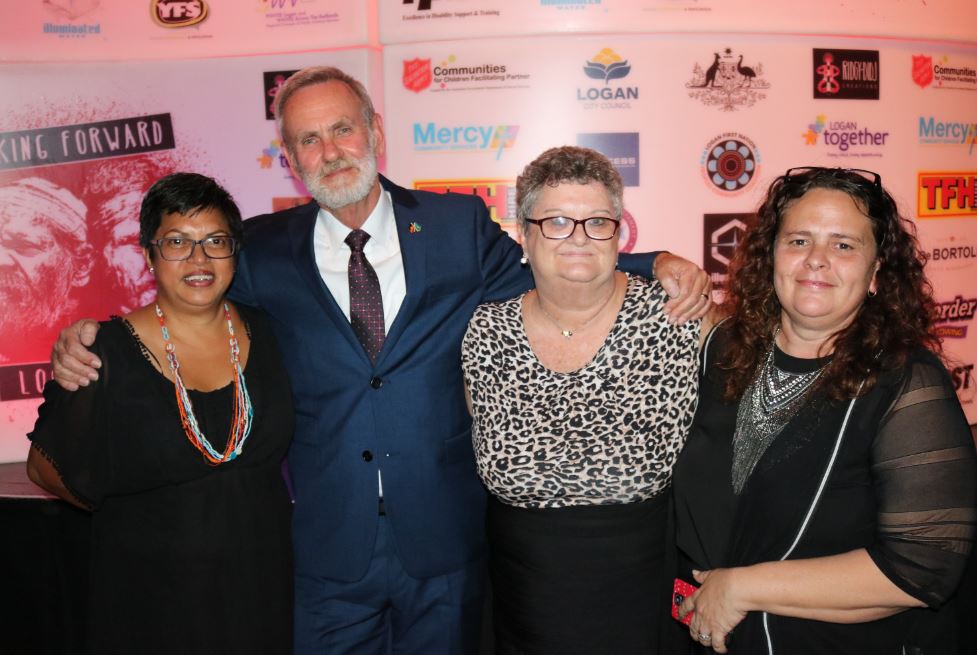 Access was a key partner in the Logan City First Nation Peoples Community Coalition’s ‘Yes Vote’ Referendum Gala Dinner, which was held on May 26 at the Logan Entertainment Centre. Held to mark the 50th Anniversary of the historical May 27 1967 Referendum, Access was delighted to help commemorate this significant event, where, on that day, Australians voted overwhelmingly to amend the constitution to include Aboriginal and Torres Strait Islander peoples in the census, as they had not been previously counted. The dinner, which had been planned with assistance from the Access Marketing and Events team, featured Minister for Innovation, Science & the Digital Economy and Minister for Small Business, Leeane Enoch MP who helped MC the event together with Paula Davis, a Logan Elder. Ms Enoch, who is indigenous herself, shared her personal feelings about the historic referendum and how if the vote had not been ‘Yes’ then she wouldn’t be where she is today. The dinner was also attended by Minister for Health & Minister for Ambulance Services, Cameron Dick MP, Minister for Local Government & Minister for Aboriginal and Torres Strait Islander Partnerships, Mark Furner MP, Shadow Minister for Finance, Dr Jim Chalmers MP, Logan City Council Mayor Luke Smith, Linus Power MP, Peter Russo MP, Senator Anthony Chisholm and Logan City Councillors Russell Lutton, Steve Swenson and Jon Raven.