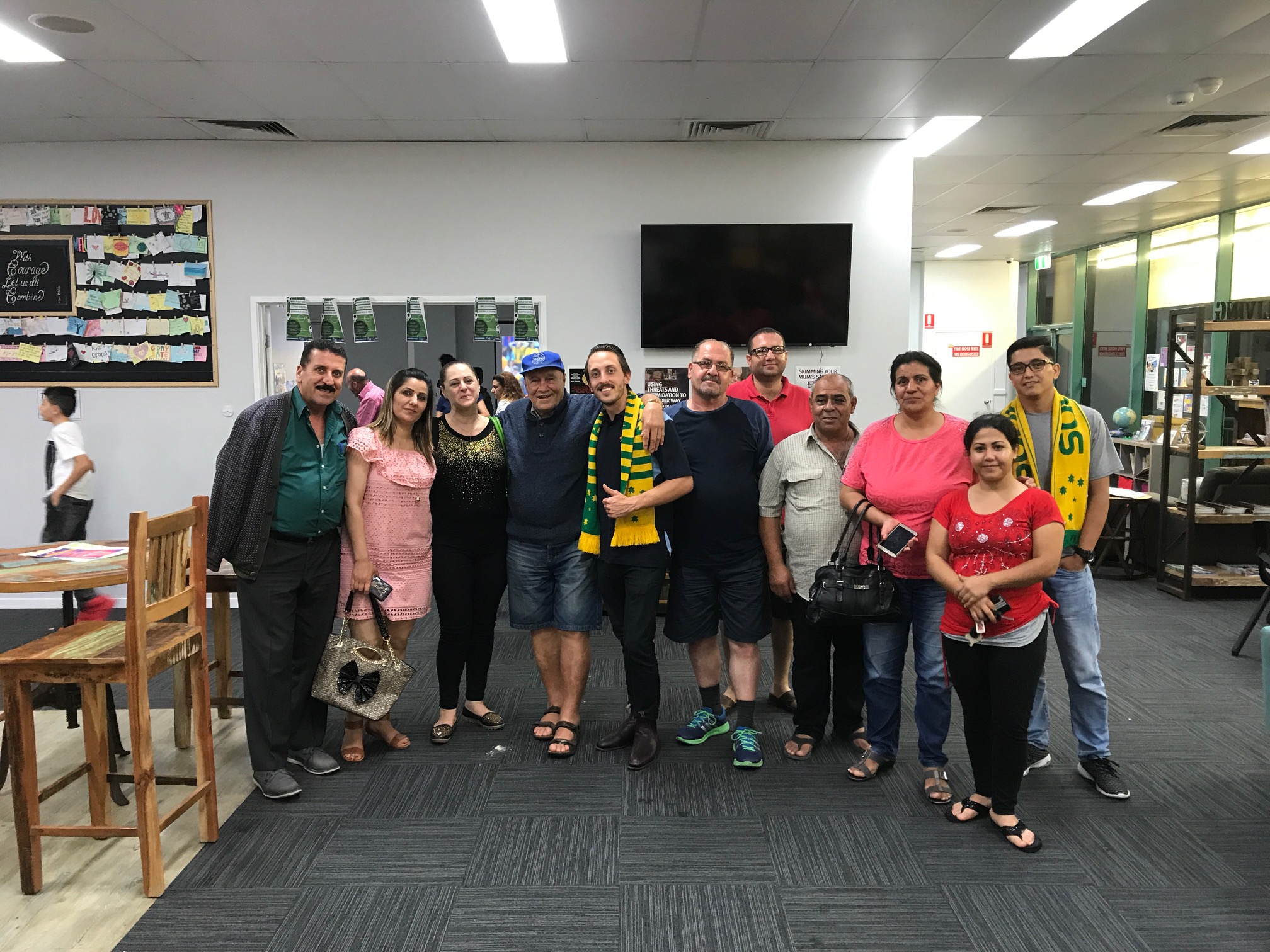 Cultures Come Together in the Name of Football

On October 10, Access’ Men’s Shed, in collaboration with the QLD Syrian Community Association, MyQ and St Pauls Primary School put on a free screening of the Asian qualifiers for the World Cup, featuring Syria vs Australia. Around 30 people came and shared some pizza while enjoying the game on the projector screen at The Access Gateway. The event was a huge success in terms of enhancing social cohesion and promoting wellbeing within the Syrian community in Logan. Clients, staff and volunteers from various cultural backgrounds including Afghanistan, Iraq, Palestine and England also attended the screening in the spirit of football and community. It was great to see everyone’s passion for football, particularly the Syrian community who spent much of the time chanting, yelling and clapping in support of their team. One member of the Syrian community gave fantastic feedback, saying, “We really needed this, our country has been through so much and it is so good to have an event like the world cup to allow all Syrians to join together in unity”. Although Syria lost the match, there was laughter and smiling all round.