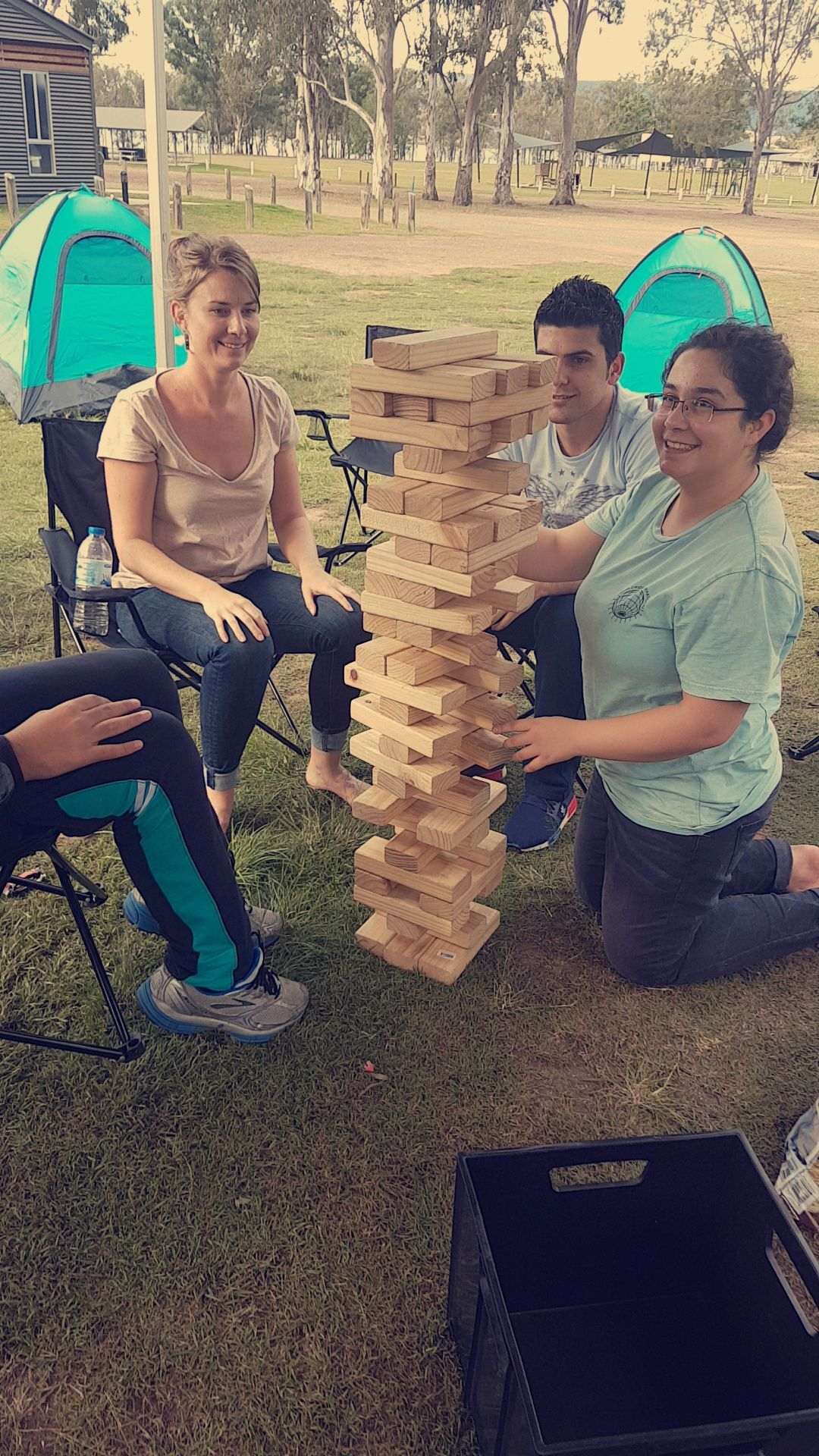 The young people engaged in the Access Youth Transitions project recently raised the idea to go camping. As this is something they experienced in their home countries but had not yet had an opportunity to do so in Australia, the Access Youth Transitions Team took 16 young people on a camping trip to Lake Somerset Holiday Park from July 5-6. Throughout the two days, the young people were given opportunities to engage in various sporting activities, English conversation groups and build friendships and social connections with each other.

The camp had a particularly successful outcome with participant Sara* who had been referred to Youth Transitions in April 2017. Sara was very reluctant to engage with Youth Transitions upon referral and appeared guarded when invited to activities. Despite several activity invites, she appeared to not want to engage with the team and it was confirmed that she was experiencing some social anxiety and was subsequently struggling to find her place in social groups. Sara agreed to attend the camping trip as it would be an opportunity to meet new people in a safe and supportive environment. Initially, she appeared shy and was reluctant to engage or socialise. However, she was encouraged to participate in a volleyball activity, which much to her surprise, she enjoyed. From this moment, Sara made friends with two other girls attending the camp and by the end of the trip she was participating in larger group activities and appeared comfortable talking to others at the camp, not to mention her newfound friends.

*Name has been changed.