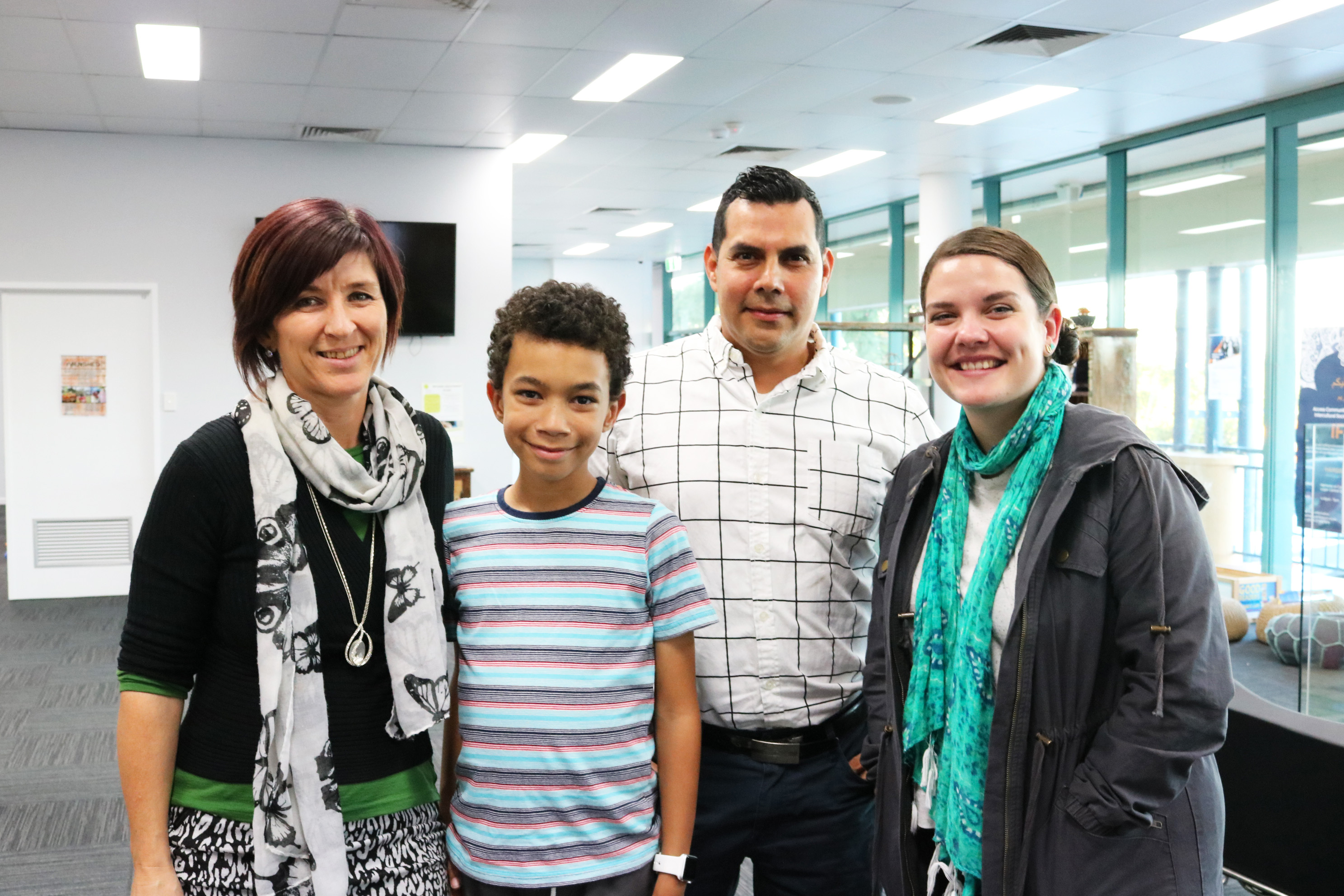 On May 31 we had the pleasure of meeting Kein Sheldrake, an 11-year-old boy with a keen talent for building computers. With spare parts scrounged from his house and more donated by others, Kein refurbishes old computers and donates them to those in need. He says it all started when his best friend told him how lucky he was to own a computer. Kein then began watching YouTube tutorials, built his first one from spare parts and gave it to his same friend, whose family could not afford their own. 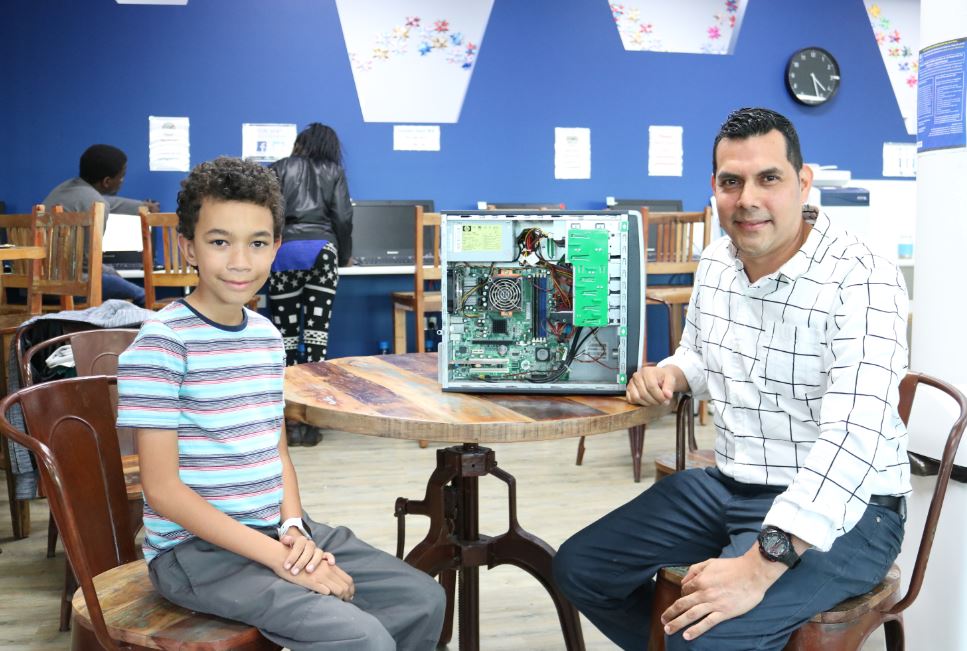 Kein, 11, with Alex and a computer he is working on.

Alex Gasparillo, who read about Kein’s donations in the local newspaper, introduced Kein and his mother, Michelle to Access, and Kein has since donated several computers to our clients – many of whom have never owned a computer before. Alex himself, had been repairing old computers and donating them to others, including Access clients, for more than three years.

Access case-worker Nicola explained that the clients who received the computers were large families whose children now use them to help complete homework, school and tertiary assignments. She described that when presented with the computers, they could not believe it was theirs and were extremely grateful to Kein and Alex.

Originally from South America, when asked why he donates computers, Alex said, “I can really relate to those who receive them – I couldn’t afford a computer when I arrived in this country, especially when I needed it to study and apply for jobs.” He also mentioned that having a computer helps connect you to others and provides an opportunity for making friends when the person is otherwise isolated.

Kein plans to continue donating computers to Access, saying, “It makes me feel really good being able to help others.” Michelle has set up a go-fund-me campaign so that he can continue his hobby, adding, "I'll support him every step of the way." Way to go Kein and Alex and thank you for your ongoing support!